If drawing is defined as mark-making, then writing is drawing.
Language, as an open system, shapes the speaker while consistently evolving despite the speaker.
In our computer-mediated digital age, materiality must be situated as distinct from physicality.

My material is language; my physical media are encaustic and paper. These works begin by my drawing text rooted in my experience as a bisexual woman in America. I approach the page in terms of proportional concerns rather than solely ideas of handwriting, studying each letter as line, shape, and form, and then I layer this drawn text into palimpsests which simultaneously reinforce and fragment the root/meaning of the language. At the fore of this process is my attempt to engage with the ways in which language uniquely serves as a simultaneous metaphor for both the individual and the systems at play within a given culture (here, American). Any language evolves alongside a culture, a milieu, a hegemony, a community, a locality. As the living, breathing, material entity that it is, that language then has a hand in shaping the mind of its speaker.
​
Within these attempts to examine text as image, my layers establish pictorial depth which denies the idea of structured verbal meaning, but which subsequently – inevitably – brings about emotion through the combination of visual cues. This reveals the paradox of the uniquely complicated text and image relationship: in order to establish the separation from (or nonexistence of) a word’s meaning, one inevitably first states what its existence/meaning is. This series is not one of concrete poetry, nor ekphrasis, and it is not solely a painting; rather the work oscillates between and among all of these at once, leaving the viewers to grapple with their relationship to language. 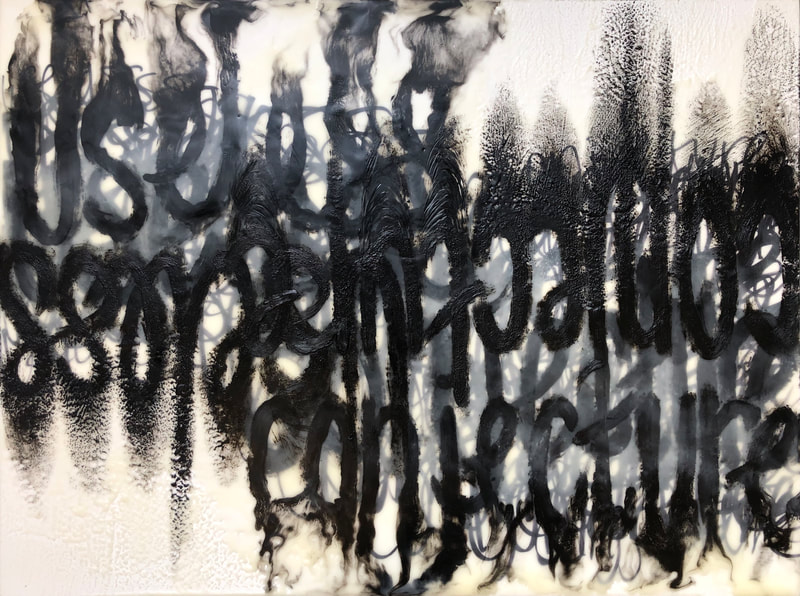 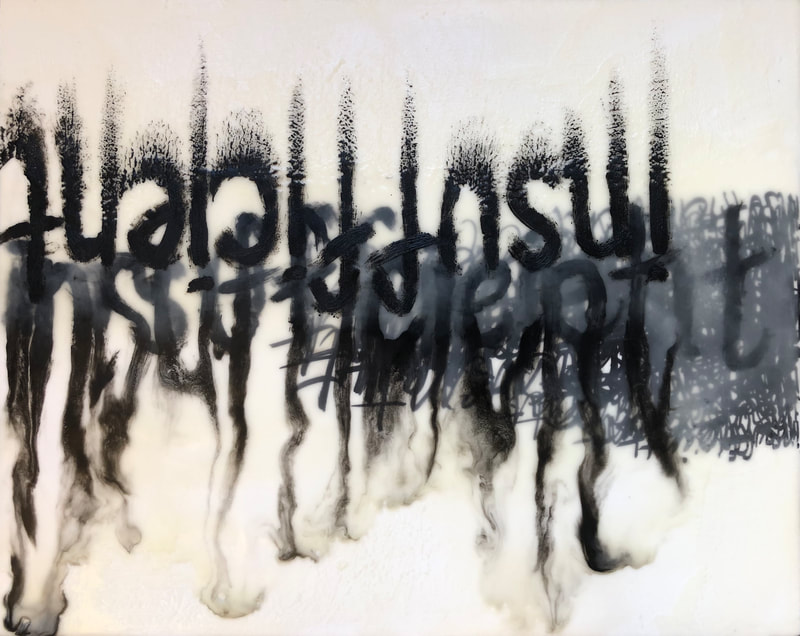 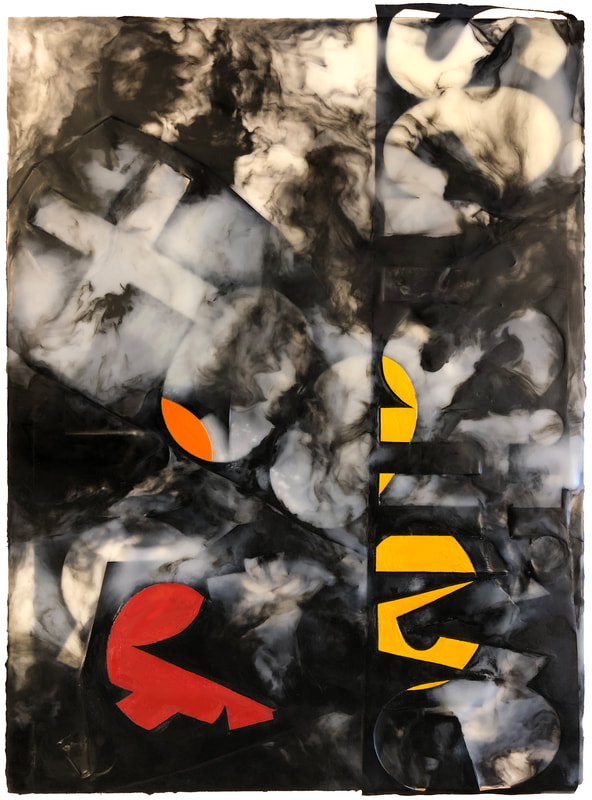 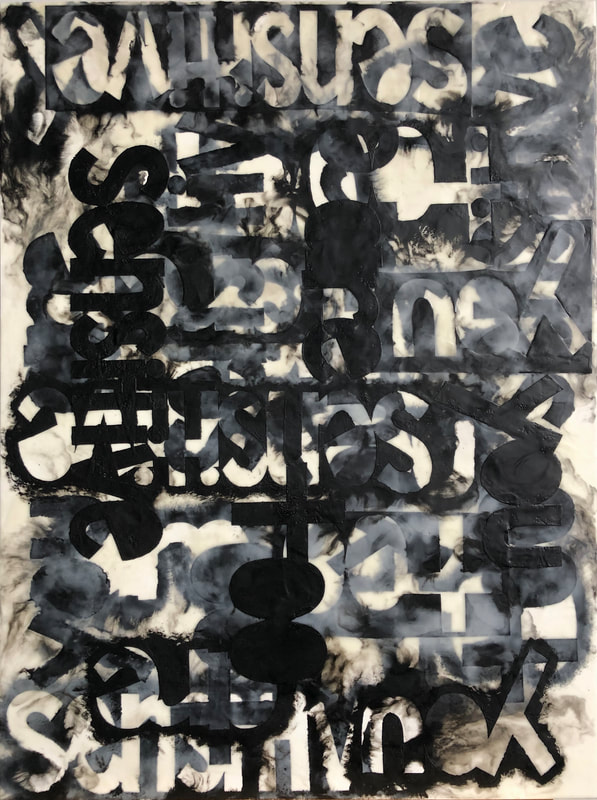 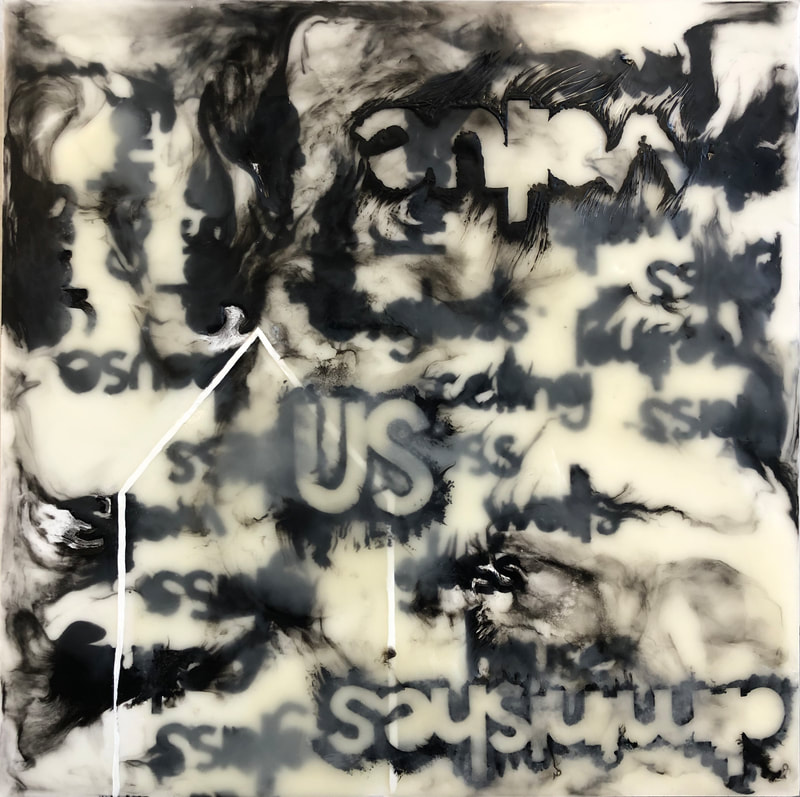