Eva Hesse once asserted that Minimalism was a metaphor for the confinement of society. This is my springboard.
​
The "American Appraisal" series began as a direct response to my internal processing of the USA 2016 election, the #MeToo movement's wave of momentum, and a phrase that was spoken to me by a man, “Your value to us diminishes.” While scrutinizing and auditing what dictates my own relationship(s) to the word 'value' as a bisexual/queer, cis-gendered, white, female, American artist within our current political climate, this body of work evolved. It became the series "Capitalist Plaid," an examination of the larger consequences of late-stage capitalism within a society which commonly suggests that "value" is only reserved for that which is quantifiable. While making work in this series, I often contemplate intersectional feminism, 'objecthood' being imposed on humans, nepotism vs. meritocracy, the role of art in America (and its market), and/or the history of painting.

I am dedicated to the examination of language within our cultural milieu because of my generation's unique shifts in speed and frequency with which we communicate through words (due to email, text messages, social media, the Information Age, etc.) being coupled with the onset of adulthood, but also because few things are as powerful and political as language. "Value" is a sign, a signifier, and occasionally even the signified. The word refers to qualifiers of such polarized attributes as hues vs. achromatics, conjures incredibly disparate imagery serving as signifiers, and can be humanistic or materialistic in its usage. When coupled with a grid (actual or implied, disrupted or not), it suggests a system. Language is a political system. 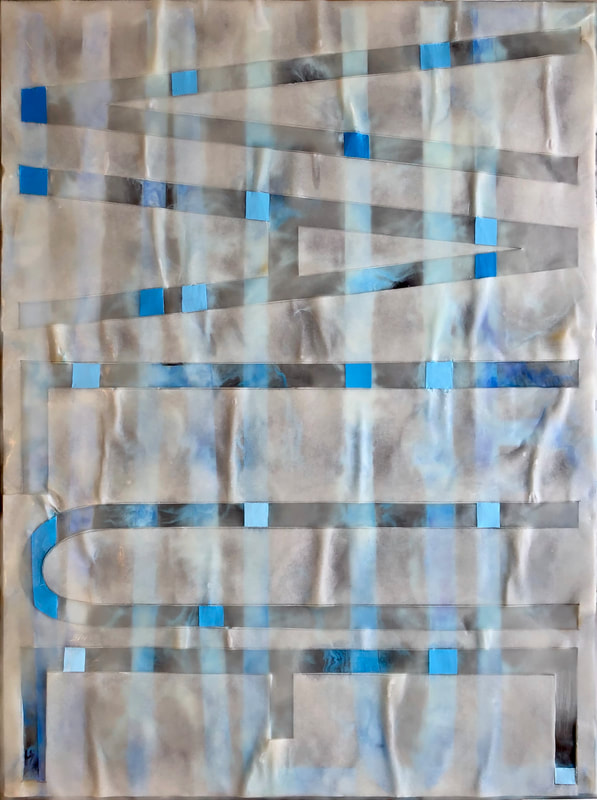 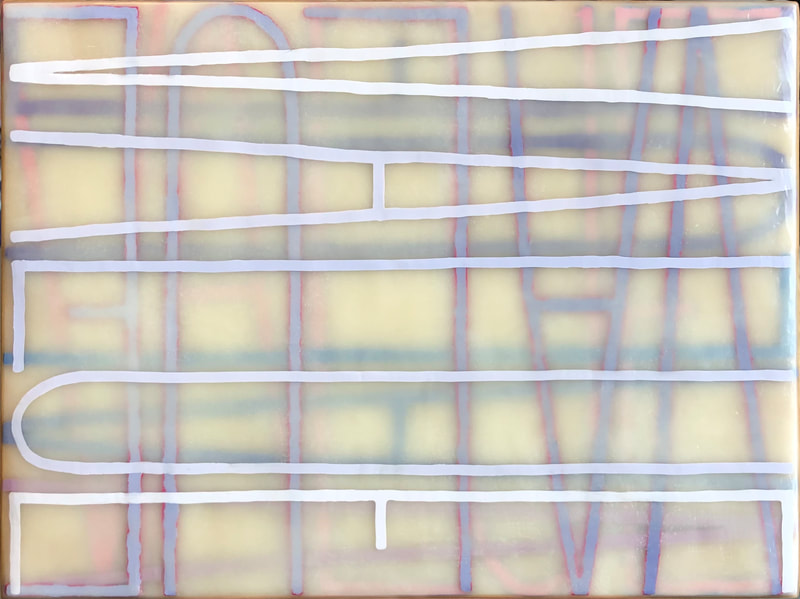 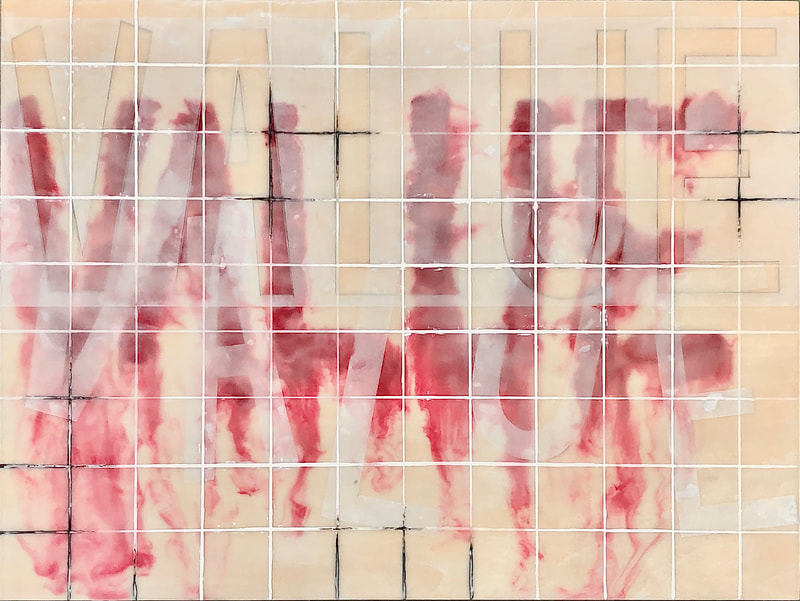 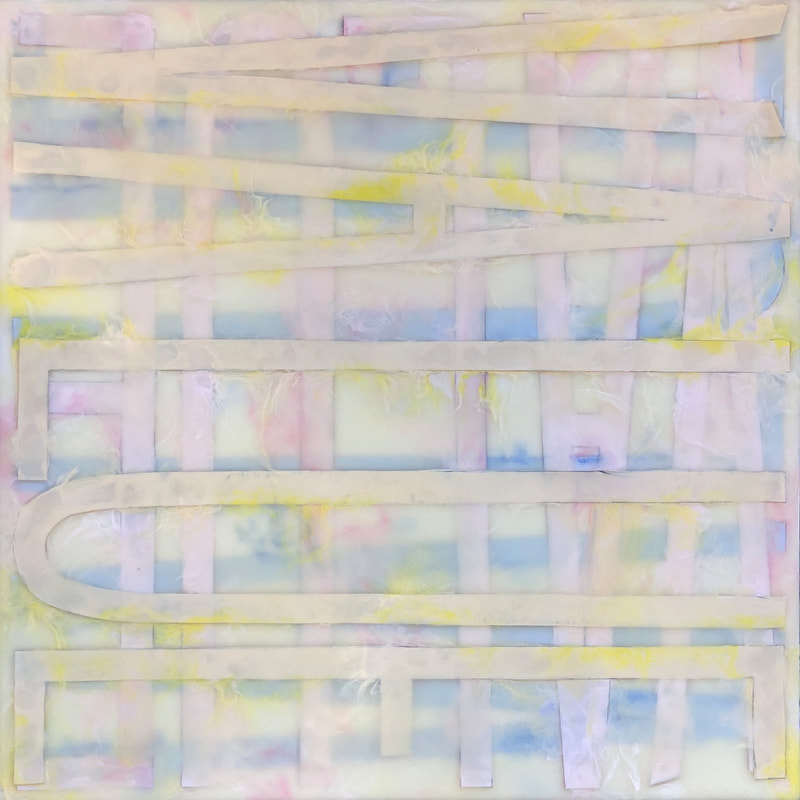 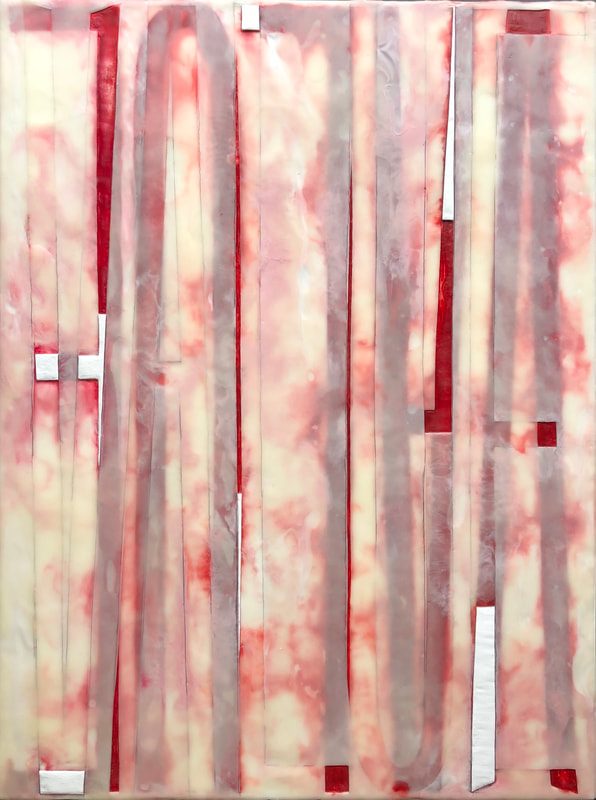 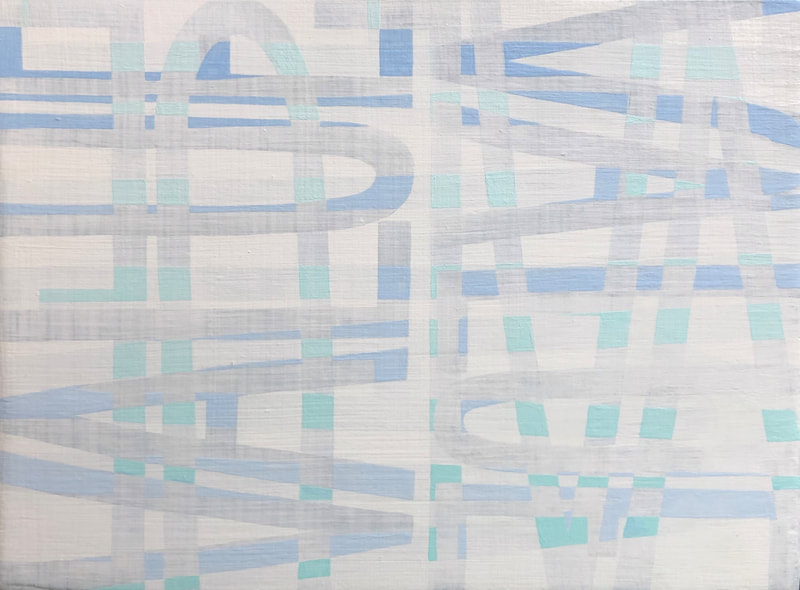 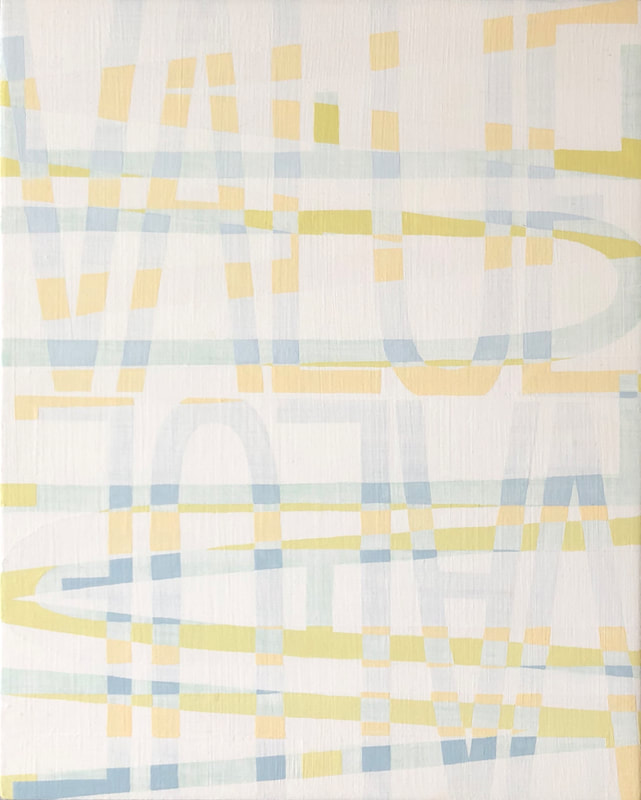 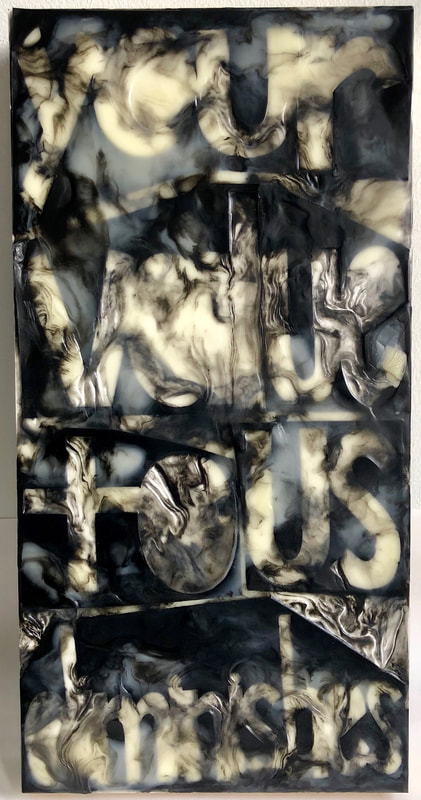 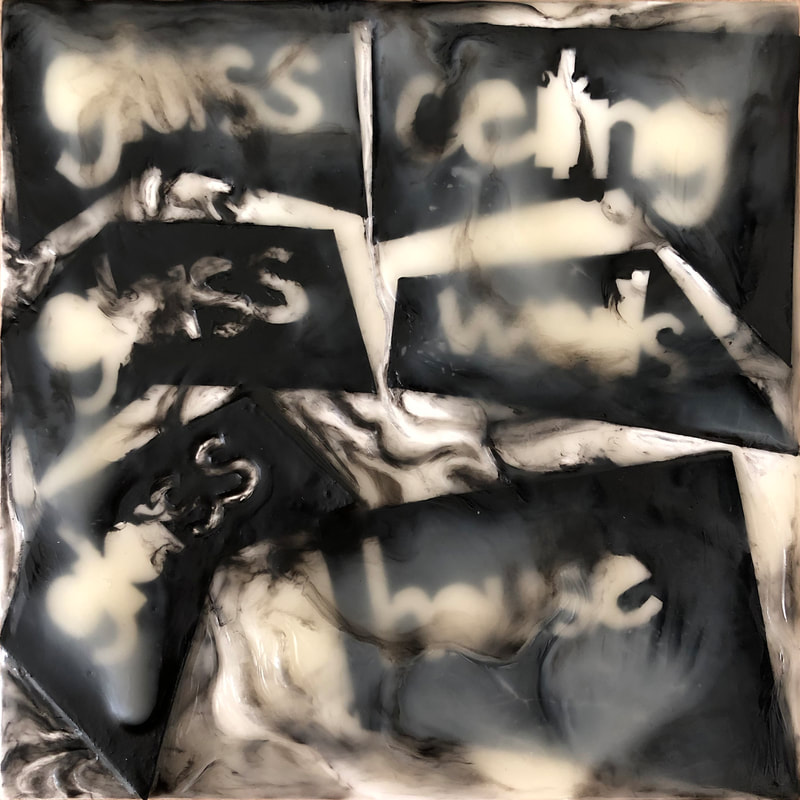 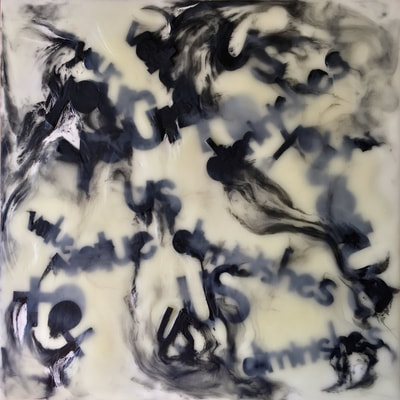 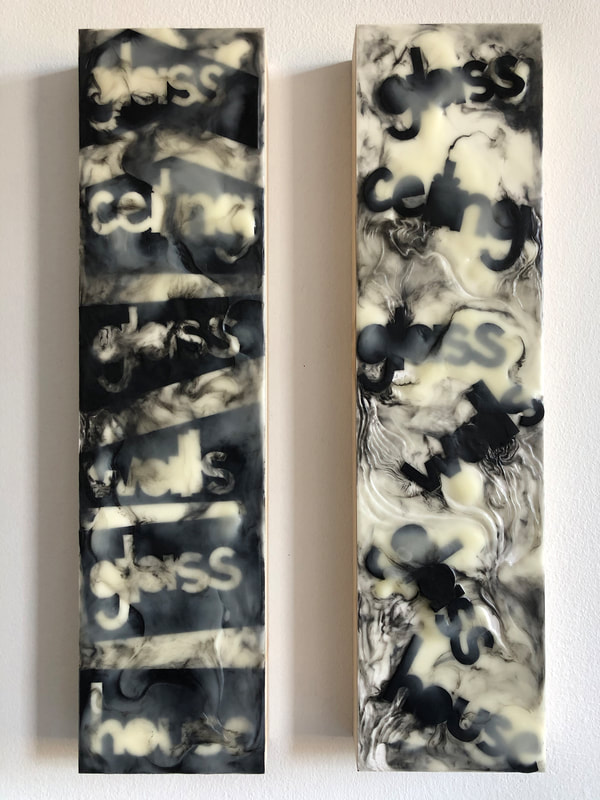 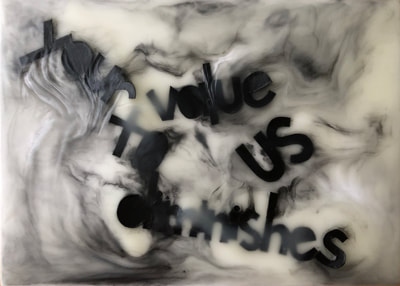 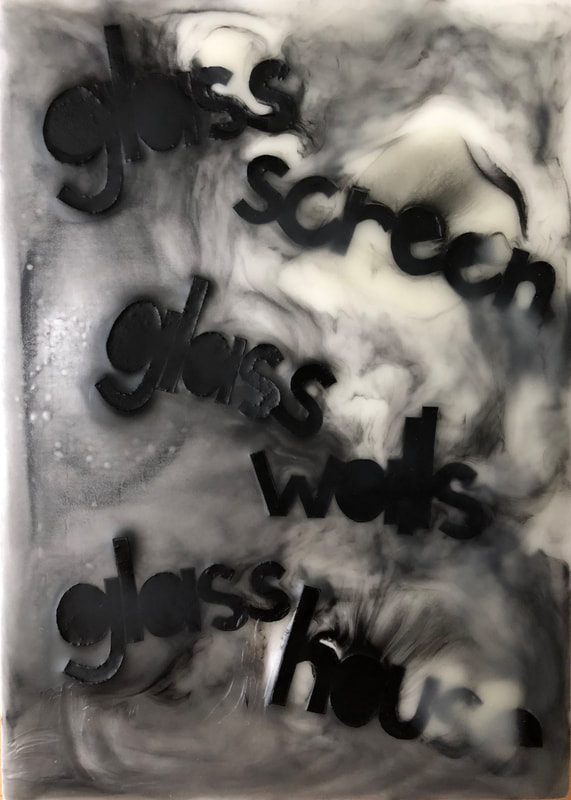 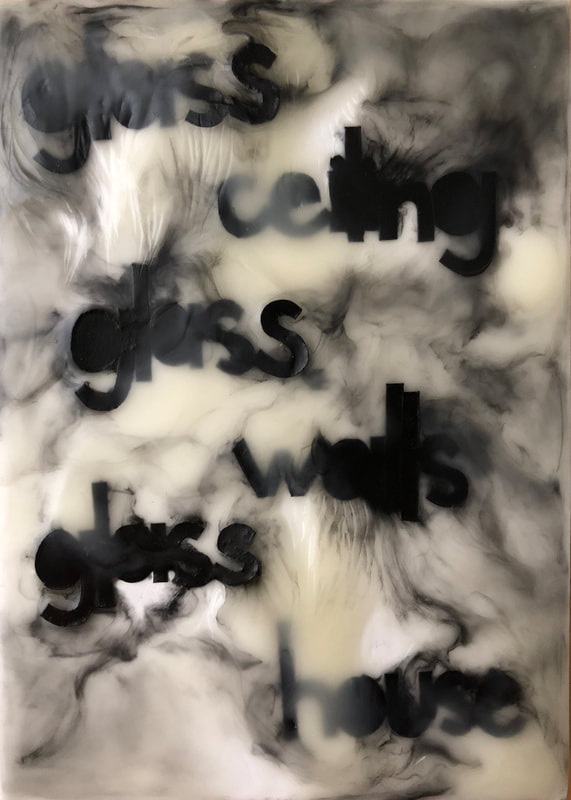 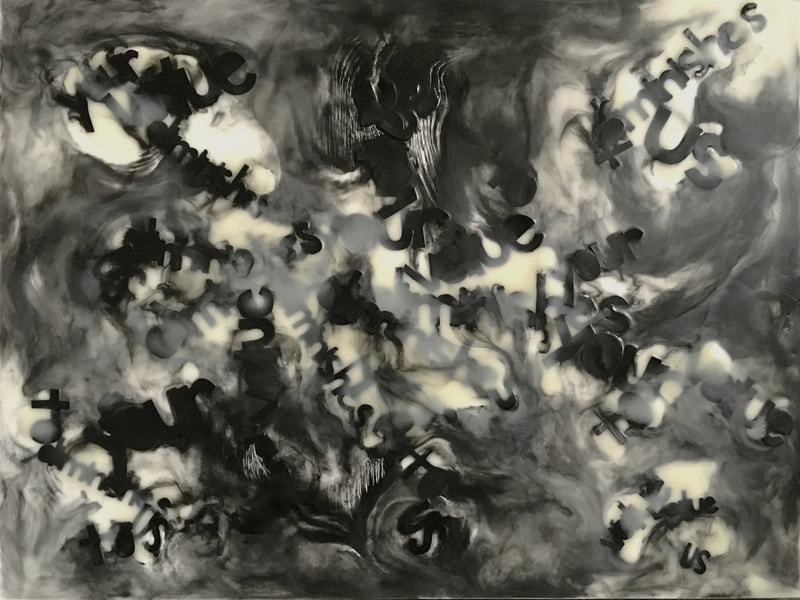 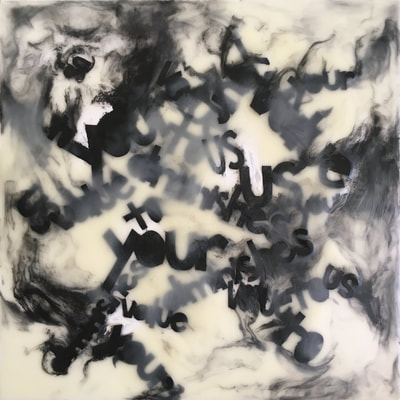 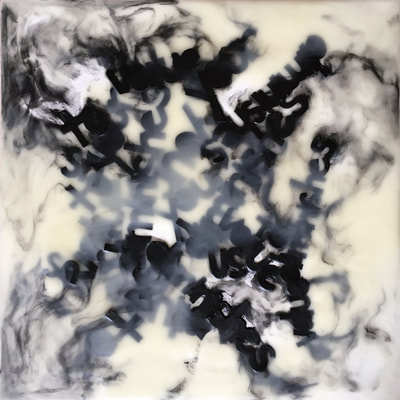 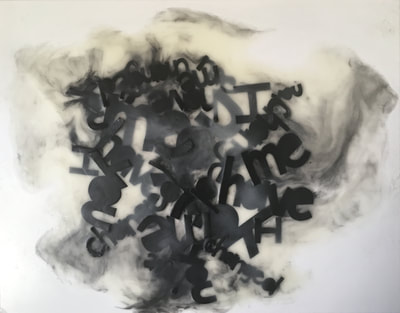 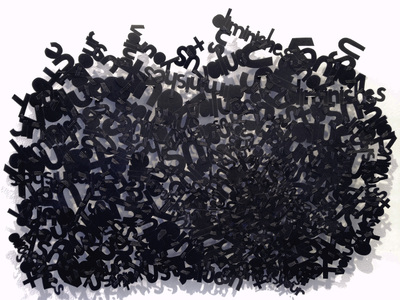